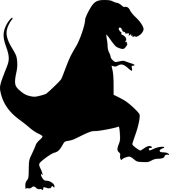 Two perfect, star-filled nights in the Bangalow Showgrounds, plenty of punters and absolutely scrumptious grub from our mates:

And being a bit on the chilly side, the hot, heart-warming beverages from the Wander Coffee Cart soothed many a shivering movie-goer.

Unlike previous FITF outings, we had absolutely no dramas erecting our jumbo-mega-screen-a-tron. Up she went without incident, and we were away in pretty much perfect conditions.

So, the kids loved this because, well, who doesn’t love a sloth?

Oh, and this was tops, too:

Things got a bit Swayze-crazy on Saturday night with Dirty Dancing (Side-note: Does anyone else think that Johnny seduced the wrong sister? #JustSaying) and Pulp Fiction taking things up and then down a notch.

We hear you, Captain No-Beard.

Nevertheless, the glue that held the whole thing together was a sparkling flash-mob from our mates, The Cassettes. Their Grease routine had us dancing and grinning and looking forward to more at intermission. We love those unreal ladies. You should too.

So, we’ll be back in October.

After much hand-wringing about the breeze whipping in from the Cape, and 10,000 looks at Willy Weather’s wind charts, we got underway without too much trouble apart from the three attempts it too to get the screen up. Yep, apart from that. Anxious moments, indeed.

With our famous Jumbo Inflato-Screen 2000 up and locked into place, and the natives getting restless, we launched into our Hydromatic feature flick – Grease. We were secretly hoping that Livvy might show, but Alas!  no sightings were confirmed. Although…with dozens of patrons in costume for the occasion, we may never know.

Under pretty perfect skies on New Years Eve, we rolled out the absolutely classic kid-flick, Goonies. Oh, the antics and hijinks!

We also had a brilliant idea of seamlessly shoe-horning an intermission into Goonies so we could live-stream the 9.30pm fireworks from Sydney. Didn’t quite work out the way we had planned but, by the time we abandoned ship, we all knew what the crackers sounded like. 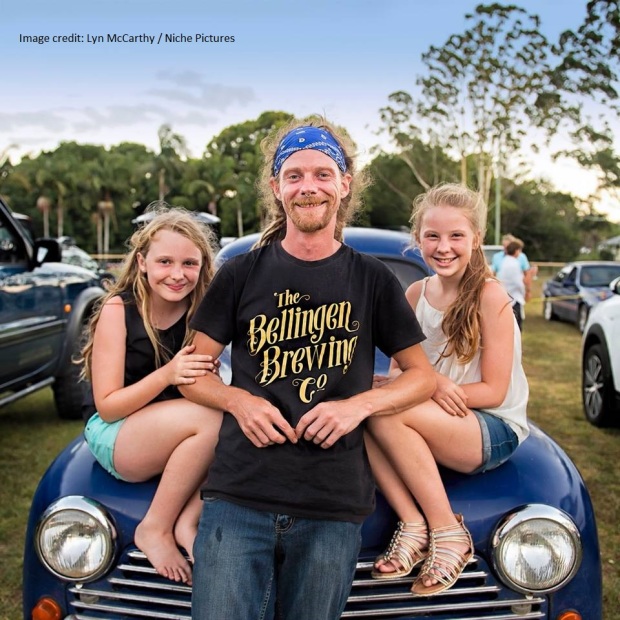 The rest of the night went off without a hitch, (*WipesBrow) and much popcorn, lollies and ice creams were devoured. Massive thanks to the good folk from The Stockpot Kitchen who fed the people’s faces. Even the vegans chowed down on their vegan-y goodness.

Our first ever Flicks in the Field weekend was a beauty. With perfect weather on Friday for our Family Night, and only a few scary moments (like when the screen blew down and the roof blew off our confectionery stand) on Saturday night, some 300 cars pulled into the Bangalow Showground for a cracking pair of flicks on both nights.

To our great relief, the breeze eased off on Saturday night, leaving us to watch flicks under the full moon of a brisk night bedazzled with a sprinkle of shooting stars. Hands up if you saw them?

Our food partners did an amazing job feeding the hungry hoards. Massive thanks to The Veggie Patch Van, Stockpot Kitchen, Bex Mex and Wonder Snow!

SO, WHAT DID WE SHOW?

Friday 22nd April, 2016.
An all-Aussie double helping of Oddball, the heart-warming, true story of an eccentric chicken farmer and his granddaughter who train a dog to protect a penguin sanctuary from foxes. Followed by the utterly iconic The Castle – Surely no description necessary, right?

Saturday 23rd April, 2016.
We were massively excited to bring an absolute classic Australian tale – Priscilla Queen of the Desert, followed by the multi-Oscar winner, Mad Max Fury Road, the tale of a woman who rebels against a tyrannical ruler in post-apocalyptic Australia with the help of a group of female prisoners, a psychotic worshipper, and a drifter named, you guessed it, Max. 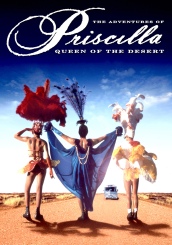 Did the people love the first ever Flicks in the Field weekend? We think they did.

But don’t take our word for it.

FLICKS IN THE FIELD